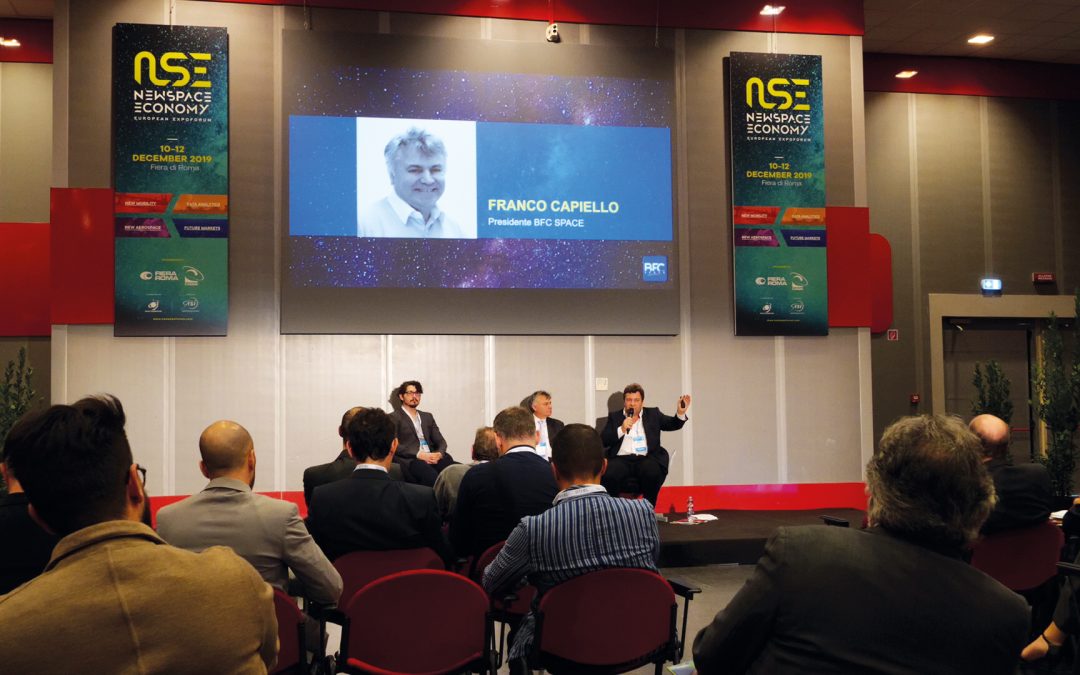 THE PROJECT OF THE FIRST AMATEUR SPACE TELESCOPE

Storytelling related to the new space economy is enhanced by a new and ambitious initiative that includes among its protagonists also our magazine. On December 10, in Rome, Denis Masetti, BFC publisher, Franco Cappiello, president of BFC Space, and Alfredo Locarini, researcher of the aerospace industrial research center at the University of Bologna, presented the project to the public of New Infinity Space Economy Expoforum (NSE).

AIMING TO THE STARS

The goal of Project Infinity, as we have already told in the previous numbers of Cosmo, will be to point to the stars, thanks to the creation and launch in Earth orbit of a small commercial satellite equipped with a telescope, giving you the chance amateur astronomers interested to get hold of the Universe images captured from space by the end of 2022.

The project, which is unique on the international scene, stems from the desire to seize the opportunities of the new economy and space show at the same time the Italian industry capacity in this area.

“The adventure in which we are launching, and we decided to invest,” said Denis Masetti, “goes in the direction of the recent trend towards democratization of space resources, because our intention is to rent Infinity and make available users around the world, by means of an online booking system, high-quality shots that the telescope will acquire from its privileged position in a limited amount, or $ 300 per half-hour observation, while guaranteeing us a return adequate economic. To date, the project is at an initial study phase, which is dealing with the University of Bologna, the subject that we have identified as a technical partner, but we expect to hold the tender for the realization of Infinity no more than half of 2020 and make it operational at the end of 24 months. “

One of the main aspects that affect the ability to turn the initiative of BFC into a reality, making it beneficial and sustainable, has been the progressive miniaturization and reducing costs that has affected the astronautics technology and the astronomical in recent years. “The satellite,” explained Franco Cappiello, creator of the project, “he will have little weight and will orbit at a height of 400 kilometers above the Earth and will carry a telescope with a focal ratio suitable for observing deep sky, and then the most distant galaxies, and for that of the solar system objects. The download of the images captured by the telescope will be performed several times during the day at three receiving stations planned to Earth: one in Chile, one in Italy and one in China, and then sent to the user in raw form. ” Like any experience gained within the context of the new space economy, what sets the Infinity project is the synergic involvement of all players in the aerospace supply chain, starting from research institutions.

“The group I represent, to spatial Microsystems, University of Bologna,” said Alfredo Locarini, “is working on the feasibility study of the mission, a job that will be inherited by the industrial partner selected for the construction of the space segment. From our point of view, the initiative BFC is extremely interesting, because it offers us the opportunity to do research with the aim of identifying new technological solutions that meet the complex challenges that a mission like Infinity entails and the trend of miniaturization of infrastructure space. These are experiences like this that make us able to push forward space science and to give support to companies in the sector. “